When one hears the soulful picking of the Bouzoukia, the rhythmic beat of the drums, the distinct strum of the guitar and the powerful sound of the Clarino you know you are listening to the Olympians. This is a signal to dancers, old and young, that the celebration has started and it is time to dance the night away.

In 1976 three members of the Olympians, all teenagers at the time, were dancing in a Greek Folk Dance group named the Olympian Dancers based in Southern California. While dancing in this group they discovered they shared a mutual interest in Greek folk music. Over the following weeks and months the young teenagers practiced relentlessly and somehow negotiated their first performance at the dance group’s annual Christmas party. They added a drummer to the band and played their hearts out at the Christmas party. The rest is history!

Today, The Olympians combine a versatile arsenal of modern and traditional instrumentation which includes Bouzouki, Baglama, Tzoura, Vocals, Ethnic Clarinet (Klarino), Keyboards, Guitar, Bass, and Doumbek/Drums/Percussion. Over the years The Olympians have developed a vast repertoire of diverse music. From folk (dimotika), island (nisyotika), rembetika (underground music of the 1920s), old or modern laika, as well as, the greatest Greek hits from the past six decades the Olympians play it all with a creative style, rhythm and energy that is uniquely their own. They thoroughly enjoy bringing their unique gift of Greek music to new audiences and people all over. 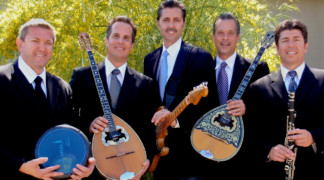